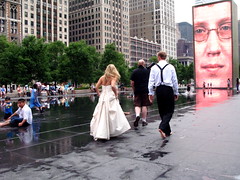 A limo driver has been charged with DUI in connection to in the deaths of a newlywed couple from the Philadelphia area. William Reid, 26, and his wife Jamie Reid, 25, were visiting Asheville, N.C. last august and were riding in the back of a town car that was heading east on Interstate 26. Police reports state that the driver, Rodney Koon, 4 of Asheville, lost control of the vehicle. The car went down an embankment and struck a tree.

Jamie Reid, who was pregnant at the time of the crash, died at the scene along with her child. William Reid later died at the hospital as a result of his injuries sustained in the crash. Koon was taken to the hospital where he was treated and later released.

A time consuming investigation by Asheville police investigators determined that Koon had been driving under the influence of alcohol at the time of the crash. Koon was arrested and charged with DWI as well as two counts of Felony Death by Motor Vehicle. He was released on a $55,000 unsecured bond.

If you or a loved one is facing a criminal DUI conviction, you need to have an attorney working for you who knows the DUI / DWI laws. Steven E. Kellis has seen DUI cases from both sides of the law and can prepare a strong legal defense in your DUI case. The Law Offices of Steven E. Kellis concentrates on DUI defense. Contact us for a free legal evaluation, 24 hours a day, 7 days a week.