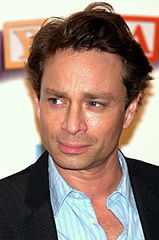 A former cast member from the late night show “Saturday Night Live” has been arrested on suspicion of DUI on Monday morning. Authorities in Los Angeles state that Chris Kattan was driving his Mercedes erratically on the 101 Freeway when he was spotted and reported by other drivers. According to the California Highway Patrol, Kattan reportedly crossed into an area that was coned-off and hit a Department of Transportation vehicle. No passengers were inside the DOT vehicle and Kattan was unhurt in he crash.

Kattan, 43, was arrested at the scene and book on suspicion of DUI. Kattan has also admitted to being on prescription medications.

Anyone can be arrested if they have been drinking and driving. No matter who you are or where you happen to be, drunken driving is considered a crime. Even though someone has been arrested for drunken driving, there is the requirement that they plead guilty to the charge brought against them. Even if you are arrested in the charge, you may not have to enter a plea of guilty. Depending on how law enforcement officers handle an arrest, sometimes mistakes are made. It’s the mistakes in a DUI case that can mean all the difference in the outcome of a DUI case.

Attorney Steven E. Kellis knows the law surrounding DUI cases. He has over 21 years of experience in successfully arguing for and defending DUI clients. Mr. Kellis has both worked as a prosecutor and as a defender, so he knows better than most about how the law works and how to make it work for his clients. Attorney Steven Kellis has been so successful; other attorneys often turn to him for advice.

The Law Offices of Steven E. Kellis can be contacted 24 hours a day, 7 days a week. Call today to schedule an appointment for a free consultation and legal analysis for you and your case. Mr. Kellis will help you decide what your best options are in order to win a favorable outcome.