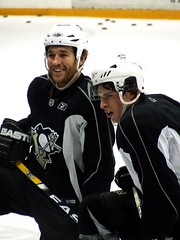 DUI arrests can affect anyone, rich or poor, famous or unknown. The only real difference is often the quality of legal help they can obtain. But today, driving under the influence is such a black mark on one’s reputation, anyone accused of such needs the best possible court representation.

The Tampa Bay Lightning left wing, Ryan Malone, who is a native of St. Clair, has been charged with possession of cocaine and DUI.

A Tampa police lieutenant told reporters the hockey player’s breath smelled like alcohol when he was stopped by an officer. The officer also found 1.3 grams of cocaine on Malone, according to police reports.

The lieutenant said the hockey player also refused to take a field sobriety test. It was only after he was taken to jail that he agreed to a breath test, which registered blood alcohol levels of 0.112 and 0.116 percent. In Florida, the legal limit is 0.08.

The hockey player’s bond was $2,500, which he paid to be released from jail. It is unknown if he had an attorney or not.

According to the general manager of the Lightning, this particular player will not play in the next game. Legal experts say the possession of cocaine is a serious matter – a felony in the state of Florida. While time in prison is unlikely, the player could face years of probation.

Fortunately, you don’t have to be wealthy or famous to have the best DUI defense in Pennsylvania. Call the office of Steven E. Kellis immediately. We will review every aspect of your case to make sure we are doing everything we can to defend your case and give it its best possible resolution.