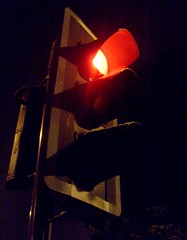 One of the more difficult aspects of DUI cases is the vast range of initial charges that can stem from it. Many of them are simply someone being pulled over and deemed DUI by the police. Yet others start with a crash — into a pole, or a building, or other cars, or tragically, a human being. With so many complications, it’s in the interests of anyone who finds themselves under DUI charges to find the best defense possible.

A driver suspected of DUI ran a red light at an intersection, and five people were hospitalized.

Delaware State Police say the driver was in a 1998 Buick Century in Milford, Delaware, when he ran a red light at around 2:45 in the morning. The Buick hit the passenger side of a 2008 Nissan Altima driven by a 45-year-old man.

The Nissan driver and his two passengers, a 23-year-old woman and a 45-year-old woman, both were hurt and had to be extracted from the vehicle.

The driver of the Buick and his 34-year-old passenger also sustained injuries, but they were not life-threatening, investigators said.

Though the investigation is still ongoing, state police are certain the driver of the Buick ran the red light while impaired by alcohol.

If you’ve been accused of driving under the influence, you’re going to need the best defense you can find. Call the office of Steven Kellis today and you’ll find everything you need to mount a solid strategy against the prosecution.