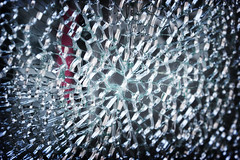 While most DUI incidents end with minor damage at best, all too many end in tragedy. These especially require a lawyer with both skill and discretion in the defense’s corner, someone with the experience to understand what a difficult time it is for everyone involved, including the defendant.

A man has been ordered to stand trial on drunken driving and endangerment charges after he backed over his own 12-year-old daughter during her first date, killing her.

The 54-year-old man from Pittsburgh waived his right to a preliminary hearing after prosecutors for Allegheny County added two counts of endangering the welfare of a child to the previous charge of driving under the influence.

Police say the man was drunk when his daughter got out of his SUV to pose for photographs with a boy after her first date. When the father got out of the car, the vehicle drove in reverse and rolled over the girl, dragging her backward until it hit a tree.

The defendant’s attorney says his client continues to state his innocence, but the criminal complaint states the father refused field sobriety and breath tests, and that his words were slurred and he smelled of alcohol after the crash.

According to the defendant, he thought the vehicle was in park. The mother of the girl said the father was doing something with the gear shift before he got out of the vehicle. She stated she was not aware of him drinking anything before she went with him to pick up her daughter and the girl’s date at a movie theater.

Everyone deserves a fair trial, no matter what the accusation. A good attorney will ensure everyone is treated fairly and you can find that at the office of Steven Kellis. Contact us right away for a free consultation. We’ll handle your case with the utmost discretion, care, and skill.