Home» Blog» In The News» Colorado Launches ‘Drive High, Get a DUI’ Campaign 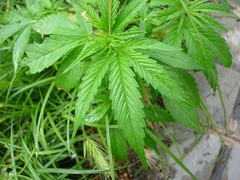 The legalization of marijuana has thrown a whole new wrinkle into the DUI laws across the state. There are many people who are not exactly sure where DUI laws stand when it comes to marijuana, or if there is a legal limit as there is with alcohol. Because many feel the drug is safer than alcohol, state groups have launched an ad campaign to be sure everyone knows driving high is just as much an offense as driving drunk.

The new ads take a lighthearted tone, but the subject is fairly serious. Even now, the police are developing new techniques to determine if someone is under the influence of marijuana, which will create a whole new group of people arrested for DUI.

The state and the Marijuana Industry Group have been working on these ads for quite some time, and they will soon be broadcast across the state. Marijuana sellers will also post them. In fact, these retailers are very much behind the ads, as a matter of responsibility. No vendor wants to be indirectly responsible for any accidents that occur.

As for the police, they are taking classes to perform field tests and in hiring and training experts in an attempt to ascertain whether a driver is under the influence or not.

Have you or a loved one been the subject of a DUI arrest in Pennsylvania? Call Steven E. Kellis for a free consultation. His decades of experience as a trial lawyer will go a long way to making sure you have the resources to fight your case to its best possible resolution.