When you are charged with a DUI in Philadelphia and decide to take your case to trial, there are several things that you can reasonably expect to occur. While no two trials are exactly alike, they do tend to follow the same pattern of events. If you have decided to take your case to a judge or jury, here is what may happen.

It’s important to understand that expert witnesses do not come free, and you will pay for their assistance. It is safe to figure that you will pay at least $1,000 for each expert who testifies on your behalf.… Read More This marks Browne’s third DUI in 20 years, with the prior DUI incident on record being 16 years ago.… Read More

A man from Brighton Heights was sentenced to jail for his role in the death of a pedestrian in 2013 while driving under the influence of alcohol.

According to court documents, Gregg R. Baratka, 38, has been sentenced by Common Pleas Judge Edward J. Borkowski of Allegheny County to serve eight to 23 months’ imprisonment and four years’ probation.

In December of 2013, Baratka told police was turning left in a pickup truck from Brighton Road onto Woods Run Avenue about 7:30 p.m. Baratka heard his side-view mirror hit his window and he stopped his vehicle. Witnesses informed him that he had struck a pedestrian. Baratka called 911 and waited for police to arrive at the scene.

Police administered a blood-alcohol test which indicated that Bartaka’s blood alcohol level was 0.09 — just above the legal limit of 0.08 percent.… Read More

A retired district judge has come under scrutiny for his part in fixing a drunken driving case for the nephew of an assistant prosecutor who is now sitting on the bench in a southwestern Pennsylvania county.  He has pleaded guilty to the charge.

According to court documents, Dwight Shaner, 71, of Dunbar Township, pleaded guilty before a Dauphin County Judge last week.  He will spend 18 months on probation.

Shaner and his defense attorney declined comment after the plea was entered.

Shaner could still possibly forfeit his $3,600 monthly pension according to Senior Deputy Attorney General L. Todd Goodwin, even though the charge is considered a misdemeanor by law.

Shaner had been the district judge in Dunbar Township in Fayette County, when he dismissed the charges of DUI and leaving the scene of an accident filed against the nephew of Linda Cordaro, Robert Rudnik, 31, of Connellsville, in 2011.  Cordaro was an assistant district attorney at the time.… Read More Another crash involved an officer on construction detail at Broad and Tioga streets. The officer involved in that crash had to go to the hospital.… Read More During the Assemblyman’s testimony in Officer DiBuonavenutra’s trial, he said that he felt targeted, but had no idea why.… Read More The ARD program is one of the ways that Pennsylvania tries to help people who may have made a single mistake and got caught with DUI.… Read More 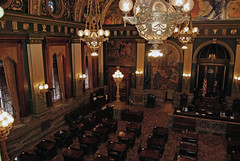 This month, the state Senate of Pennsylvania has unanimously agreed to send a bill the state House that would increase the use of ignition interlock devices. If this bill passes through the house, the ignition interlock devices would be required for all everyone that is found guilty of driving under the influence. This includes first time offenders if their blood alcohol level is at or above 0.10. The device will be required to be installed in the offender’s car for a minimum of one year.

The current law in Pennsylvania requires the use of an ignition interlock device for a year if the driver is facing his second DUI and beyond.

Increasing the punishment for driving under the influence also increases the need for a good attorney. It makes it that much more imperative that the accused has someone to fight for their rights. With the proper attorney, charges can be lessened or dropped.… Read More 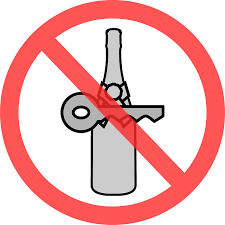 A 42-year-old Ellsworth man will be standing trial for the charge of vehicular homicide for his part in an alleged hit-and-run accident that left a female pedestrian dead in Washington County.

On August 15th of this year, Brittany Martie Chapman, 29, was walking on South Main Street when she was hit by a pickup truck, allegedly being driven by Robert Lee Meyers Jr., 42.

A judge has ordered Meyers to stand trial for vehicular homicide and other related charges in an alleged hit-and-run accident that claimed the life of a pedestrian in Ellsworth, Washington County.

According to State Police investigators, Meyers struck and killed Chapman around 8:40 p.m. The accident occurred approximately 100 yards south of Juniper Street as Chapman was walking home from a local bar. Meyers fled the scene of the accident and Chapman was pronounced dead just after 9:30 p.m.

Myers has been charged with homicide by vehicle while driving under the influence of alcohol, leaving the scene, aggravated assault by vehicle and other related charges.… Read More

There is more than one way of driving under the influence, as Steelers’ running backs LeGarrette Blout and Le’Veon Bell leaned on Wednesday hours before they were scheduled to board a flight Philadelphia for a preseason game.

According to reports, a Ross Township police officer on a patrol motorcycle stopped at a red light on McKnight Road.  Next to the police officer was a black Camaro, also stopped at the light.  According to the officer, he was able to smell the odor of marijuana coming from the partially opened window on the driver’s side door, although he could not see into the vehicle due to its tinted windows.  He made the traffic stop at the time. Bell was driving the Camaro, with teammate Blout in the passenger seat, and a female in the back seat.

According to the police report, Bell’s eyes were red and glassy, and his pupils were dilated, and after questioning he admitted that they had smoked within the past two hours and that there was a small amount marijuana in the glove compartment. … Read More