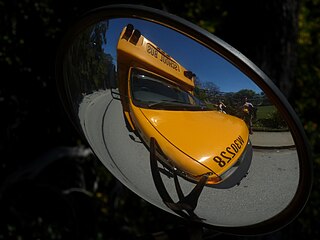 Many of us who have school aged children rely on the school bus to transport our kids to and from school.  We come to rely on and trust these drivers with our most precious cargo.  When a story breaks in the news that alleges one the very drivers we trust has been accused of transporting children while intoxicated it can shake a parent to the core.

In Pittsburgh on June 6, 68-year-old school bus driver, Martin Hehman, was accused of just that.  He had picked up 15 students and transported them to St. Ursula Catholic School in Allison Park.  Once he dropped off the kids, he was observed by other drivers as driving erratically northbound on Route 8.  A Hampton Township Police officer pulled Hehman over and reported the driver was slurring his words, unable to balance himself, and reeking of alcohol.  Hehman failed the field sobriety test and was arrested on suspension of driving under the influence.

The lab tested Hehman’s blood alcohol level at .138.  For a bus driver, the limit is .02.  In addition to DUI charges,Hehman also faces 15 counts of endangering children.

In Pennsylvania, a drunken driving charge is serious business.    In a case such as this one it is natural the first reaction by the public is to condemn the driver.   Sometimes it’s not as cut and dry as it seems and there are underlying conditions to blame for the appearance of intoxication.

Because the charge of driving under the influence, especially with children on board, is very serious it deserves investigation to determine if a strong defense is warranted.  If convicted, the far-reaching implications will affect this 68-year-old far into the future.

An expert DUI attorney will look at all of the evidence and investigate if there was an underlying cause to the slurred speech and erratic driving.  For example, a medical condition can sometimes adversely affect driving and make someone appear to be drunk when actually there is a good explanation behind the appearance of driving drunk.