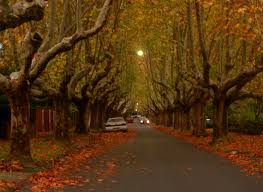 A man has been accused of driving under the influence when he ran a red light at an intersection, leaving five people hospitalized as a result of the crash.

Delaware State Police indicate that Michael Walker, 29, had been driving his 1998 Buick Century southbound on Canterbury Road, (also known as State Route 15) in Milford when he failed to stop at a red light. According to officials, Walker’s vehicle rammed into the passenger side of a 2008 Nissan Altima that was being driven by Danny Hudson, 45.   Hudson, and two passengers, women aged 23 and 45, needed to be extracted from their vehicle by emergency crews.

Walker and his 34-year-old passenger were also injured and suffered what are being described as non-life-threatening injuries. The accident victims were all treated at Milford Memorial Hospital.

State Police officials say that the accident is still currently under investigation, but they believe that Walker ran the red light while intoxicated. Walker has been arrested on charges of driving while intoxicated, vehicular assault, failure to stop and additional charges related to the accident.

When you are facing a potential conviction of a DUI offense, serious consequences can result if you are found guilty. There are heavy fines in addition to higher insurance costs as well as the potential for jail time. Being convicted of DUI may also cost your job and can make life difficult for you and your family. Facing such a reality can be difficult and is one you should not have to go through alone.

Steven E. Kellis has well over 20 years of experience in successfully representing clients and DUI cases in the Philadelphia area. If you or a loved one is facing the charge of DUI, call the Law Offices of Steven E. Kellis. We are available for you 24 hours a day, 7 days a week. When you call, we can schedule a confidential initial consultation and legal analysis that is without cost or obligation. Call the toll free number on your screen or use the web contact form to reach an expereinced Pennsylvania DUI lawyer at any time.