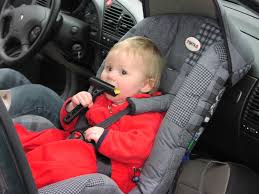 A toddler who had been left locked in a car is now in the care of the Pittsburgh office of Children, Youth and Families. The two year old was found by a patron of the Lounge 7101 2nd Time Around located on Frankstown Avenue, Pittsburgh. While the windows had been left cracked, temperatures inside the vehicle had climbed to nearly eighty and the humidity levels were near seventy percent. The boy was listless, slumped over and unresponsive. The child’s mother and stepfather were in the bar drinking and exited around the time police had arrived and were waiting for an ambulance. Both adults were arrested.

While every lapse in judgment involving alcohol isn’t as serious as this case, even a DUI can have long lasting and unforeseen consequences. The Law Offices of Steven Kellis are specialists in DUI Law. Steven Kellis brings two plus decades of jury trial experience to the table on your behalf. With his background in Pennsylvania law and the inner workings of the District Attorney’s Office, he knows how to find the mistakes and errors made by law enforcement that make all the difference between conviction and acquittal. If you have been arrested for DUI, contact an experienced Pennsylvania DUI lawyer online or by phone for your consultation.