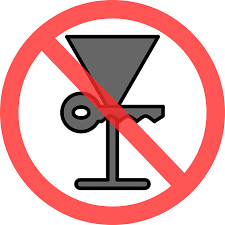 Police have arrested a Delaware man on what would potentially be his fifth DUI offense. Authorities with the Harrington Police Departments say that Randall W. Bowden, 47, was placed under arrest on Sunday morning and charged with driving under the influence of alcohol,  driving on a suspended or revoked license, as well as other related charges.

They received a 911 call at about 1:00 a.m. about a possible intoxicated driver on South DuPont Highway on the outskirts of Harrington. Officers responded to the call and located the vehicle being driven by Bowden that had left the left lane of the highway and was driving on the shoulder of the highway. In the report the officers said there was a strong scent of alcohol coming from Bowden’s vehicle. Officers then administered a variety of field sobriety tests which Bowden failed. He was arrested and taken into custody.

Officers checked Bowden’s license by computer and found that he had a suspended driver’s license and four prior convictions from 2001 to the present. Bowden was arraigned and sent to the Sussex Correctional Institute with cash bail set at on $6,500.

When someone drinks and then gets behind the wheel, it is definitely a criminal offense. A conviction of a DUI offense can have serious consequences in terms of not only insurance costs, heavy fines and jail time. A DUI conviction can also cost your job and can close other opportunities to you for future employment. Repeated offenses can make the situation just that much worse.

When facing such a situation, it’s important to choose an attorney to defend you who knows the law inside and out and who can help you face the charges against you.

Steven E. Kellis has more than 20 years of successfully representing clients. For Mr. Kellis, DUI cases are his specialty. Because of his vast experience, Stephen Kellis can help you as well. He will thoroughly investigate how your DUI case was handled by police and determine if you have a legal challenge to the charges against you. Even if you have been arrested for drunken driving more than once, sometimes a charge can be either reduced or dismissed if police and others have made mistakes.

If you or a loved one is facing the charge of DUI, you owe it to yourself to give the Law Offices of Steven E. Kellis a call. We are here 24 hours a day, 7 days a week and we can schedule a confidential initial consultation and legal analysis that is without cost or obligation to you. Hopefully you are not on your fifth DUI, but if you want more information about repeating DUI offense, a 1st, 2nd, or 3rd Offense DUI Lawyer at our firm is here to help.